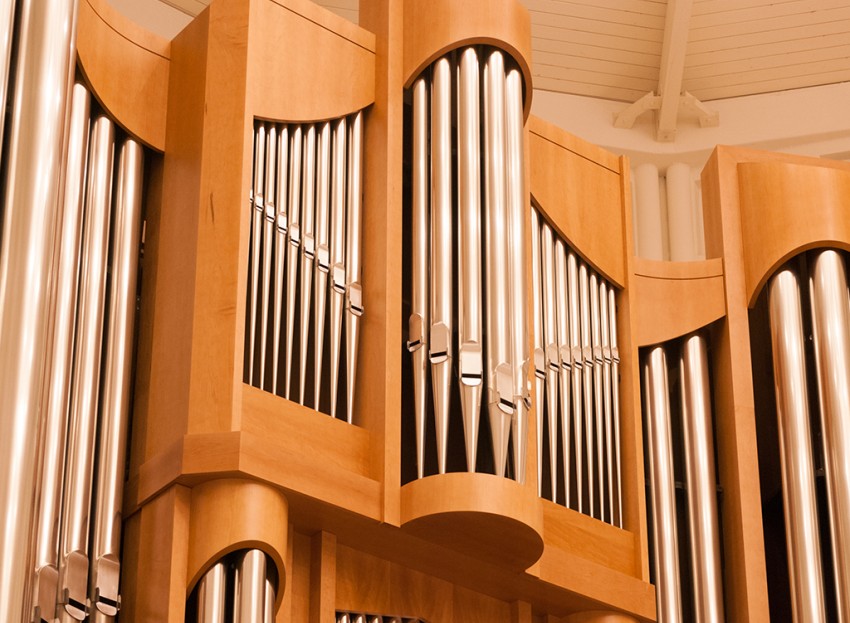 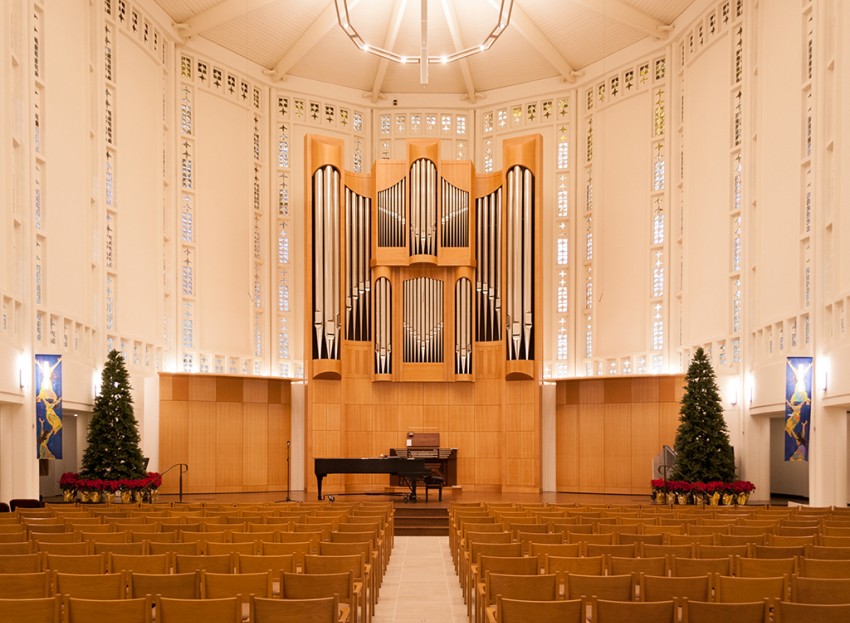 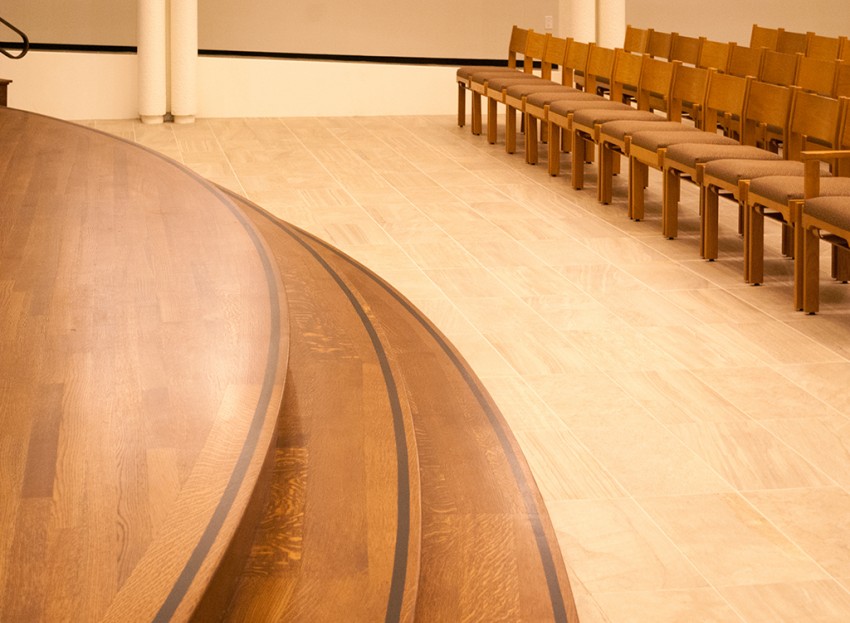 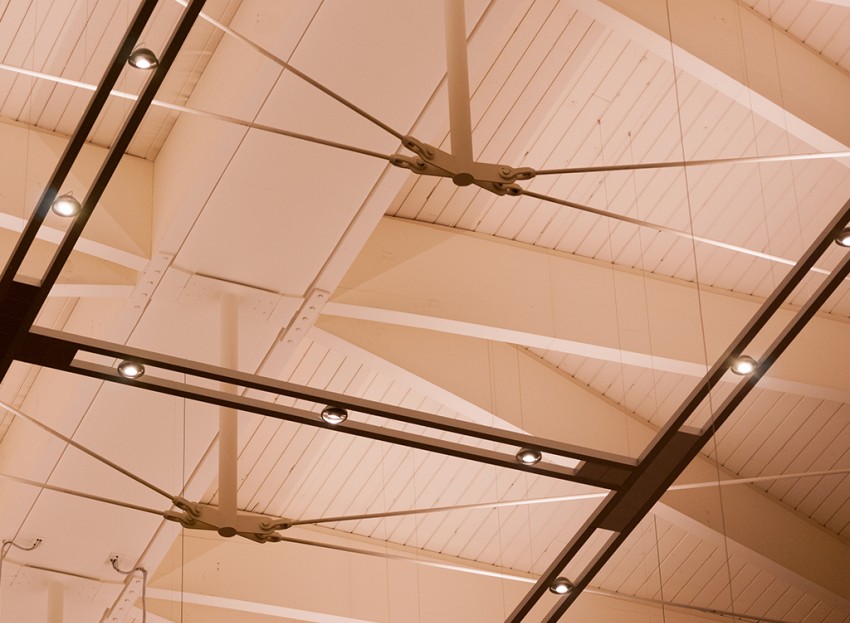 Midway through the project, cracks were noticed by Rafn in the existing glue laminated beams supporting the sanctuary roof. A review by the structural engineer, Swenson Say Faget, concluded that the beams were under designed by almost a factor of 10, and that the roof structure was gradually failing. The engineer came up with a clever solution to add steel king posts and tension rods and convert the roof beams into a truss system adding visual interest as well as physical strength. Rafn worked closely with the engineer to evaluate structural solutions and refine the means and methods for installation and tensioning, thereby keeping the repair costs and schedule delay to a minimum.